Not only do phytonutrients award benefit to the plants but they also provide benefits to those who enjoy plant food. That’s because they have health-promoting properties including antioxidant, anti-inflammatory, and liver-health-promoting activities.

Fruits and vegetables are concentrated sources of phytonutrients; other plant foods like whole grains, legumes/beans, nuts and seeds, and herbs and spices also contain phytonutrients. Since many phytonutrients also serve as the pigment that gives foods their deep hues, you can identify many phytonutrient-rich foods by looking for colorful foods; for example, look for foods that are blue or purple like blueberries, blackberries and red cabbage (rich in flavonoids); yellow-orange foods like carrots, winter squash, papaya, and melon (rich in beta-carotene); red or pink foods like tomatoes, guava, and watermelon (rich in lycopene); and green foods like kale, spinach, and collard greens (rich in chlorophyll). Yet, since not all phytonutrients give color, it’s important to not overlook some off-white foods as well—for example, garlic, onions, and leeks are rich in powerful sulfur-containing phytonutrients.

Among the benefits of phytonutrients are antioxidant and anti-inflammatory activities. Phytonutrients may also enhance immunity and intercellular communication, repair DNA damage from exposure to toxins, detoxify carcinogens and alter estrogen metabolism. The U.S. Department of Agriculture (USDA) notes that consuming a phytonutrient-rich diet seems to be an “effective strategy” for reducing cancer and heart disease risks.

Understanding the effectiveness of phytonutrients

There is ample evidence that a diet high in phytonutrient-rich plant foods is good for humans. “For centuries, there have been implications that healthy food garnished with exotic spices and condiments provides vital ingredients that help ward off diseases and promote longevity,” Premukar said. “Obviously, it appears to be true based on the evidence that people who consume healthy, wholesome food as individuals or as a group in certain parts of the world, have enjoyed health benefits, using longevity as a metric.

“For example, Seventh-day Adventists, with their pure vegetarian diet, have a lower incidence of heart disease, diabetes, and certain types of cancers; Kuna Indians in Panama, who consume large quantities of unprocessed cocoa-containing beverages, show lower incidence of heart disease,” he continued. “More recently, the Mediterranean diet, which consists of olive oil, fresh produce, fish, and wine, has been shown to reduce the incidence of grave diseases.”

There are classes of phytonutrients, determined by chemical structure. Phytonutrient classes include:

Lignans can mimic the effects of estrogen, so lignans are considered phytoestrogens, though they can also affect the body through non-estrogenic means, according to the Linus Pauling Institute at Oregon State University.

Like all phytonutrients, lignans are found in fruits and vegetables, especially kale, broccoli, apricots and strawberries. They are particularly abundant in seeds and whole grains, including sesame seeds, poppy seeds, rye and oat bran. Flaxseeds are the richest source of lignans.

Lignans are associated with preventing hormone-related cancers because of their estrogen-like activity, according to the Linus Pauling Institute. Research is mixed about their effectiveness in preventing breast cancer, but studies have shown positive results in terms of endometrial and ovarian cancers. A Journal of the National Cancer Institute study looking at lignans and endometrial cancer showed a reduced risk in postmenopausal women with high lignin intake, while another study, published in the Journal of Nutrition, saw women with the highest lignin intake had the lowest ovarian cancer rates, regardless of age or menopausal status.

Scientists are beginning to study the relationship between lignans and prostate cancer and osteoporosis. So far, results are inconclusive.

Resveratrol has gotten a good deal of buzz in recent years because large concentrations of it are found in red wine. It is a member of the stilbenoid phytonutrient group.

The best-known source of resveratrol is grapes. Resveratrol has particularly high concentration in grape skin and red wine. It is also found in peanuts, grape juice, cocoa, blueberries and cranberries. The presence of resveratrol in red wine may explain called the “French paradox,” in which French people who drink a good deal of red wine enjoy long and healthy lives despite eating saturated fats and smoking. This is likely because of resveratrol’s ability to reduce the risk of heart disease through antioxidant and anti-inflammatory activities.

According to the Linus Pauling Institute, resveratrol may help slow cognitive decline. In animal studies, resveratrol has shown neuroprotective activities and promotion of healthy peptides. A 2010 human study published in the American Journal of Clinical Nutrition found that resveratrol increased cerebral blood flow but did not lead to improved performance in cognitively difficult tasks. Scientists will continue to study resveratrol’s effects in this area.

Resveratrol is also being studied as a possible treatment for type 2 diabetes because in animal studies, it has been shown to improve insulin sensitivity and glucose tolerance, according to a 2015 article in Biochimica Biophysica Acta.

There are more than 600 carotenoids. They are yellow, orange and red pigments in plants. The most common carotenoids in a Western diet are alpha-carotene, beta-carotene, beta-cryptoxanthin, lutein, zeaxanthin and lycopene. Each of these carotenoids carries a distinct set of actions, benefits and originating fruits and vegetables.

Carrots, yams, sweet potatoes, papaya, watermelon, cantaloupe, mangos, spinach, kale, tomatoes, bell peppers and oranges among the fruits and vegetables in which carotenoids can be found. In order to be properly absorbed, carotenoids should be consumed with a fat.

The body can covert alpha-carotene, beta-carotene and beta-cryptoxanthin into vitamin A (retinol), which is associated with anti-aging and immune system function. Lutein and zeaxanthin are the only carotenoids found in the retina and are associated with lower risks of macular degeneration, according to the Linus Pauling Institute.

Curcumin is found primarily in turmeric, a member of the ginger family. It gives turmeric its distinctive yellow color. Because of its curcumin, turmeric has been used as a medicinal remedy in India for centuries.

“The claimed effects of curcumin range from relieving flatulence to curing Alzheimer’s disease and cancer,” Animal studies have shown good results when looking at oral administration of curcumin and to inhibit the spread of mouth, stomach, liver and colon cancer. Studies are under way to investigate this effect in humans.

Curcumin is an effective anti-inflammatory agent and antioxidant. It may also affect carcinogen metabolism, helping the body get rid of toxic compounds, and aid in combating cancer cell growth and tumors, according to the Linus Pauling Institute. All of these factors contribute to its being a potentially effective cancer-prevention agent.

Based on successful animal trials, it has been suggested that curcumin could aid in inflammatory diseases like rheumatoid arthritis as well as cystic fibrosis and Alzheimer’s disease, but studies are either not yet under way or are inconclusive, according to the Linus Pauling Institute.

Curcumin can also be helpful in cardiovascular protection by lowering LDL cholesterol levels and increasing HDL (good) cholesterol levels. “Treatment with curcumin selectively increases the expression of low-density lipoprotein (LDL) receptor levels and is able to clear LDL, which is bad or lousy cholesterol,” he said.

Ellagic acid is also called a tannin. It is found in raspberries, strawberries, blackberries, cranberries, grapes, pomegranates and walnuts. It can also be produced during the body’s process of breaking down larger phytonutrients called ellagitannins. It is absorbed rapidly.

Ellagic acid is associated with antioxidant, anti-inflammatory and anti-cancer activity, as well as reducing blood pressure and arterial plaque.

According to the Memorial Sloan Kettering Cancer Center, scientists hypothesize that ellagic acid enhances detoxing enzymes in the liver while also inhibiting liver enzymes that encourage metabolism. Combined, these actions cause carcinogens to be removed before they can be metabolized. Another hypothesis is that ellagic acid changes the cellular structure of tumor cells. Both of these hypotheses have been supported by animal studies but have not been proven in humans.

Another potential benefit from ellagic acid is improved glucose metabolism. According to a 2010 article in the Journal of Medicinal Food, ellagic acid may block the intestinal enzyme alpha-glucosidase, which triggers glucose absorption. This means that less glucose enters the bloodstream, which could be beneficial for type 2 diabetics and hyperglycemics.

Flavonoids are a very large group of phytonutrients. Well-known flavonoids include quercetin and kaempferol. There are several significant subgroups of flavonoids, including flavones, anthocyanins, flavonones, isoflavones, flavonols and flavanols.

Visitors from Around the World 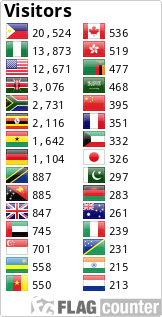 This blog is not the official website of Alliance In Motion Global, Inc. This is an independent distributor site. All data and information provided on this site is for informational purposes only. The sole purpose of this blog is to serve current and potential distributors and clients of AIM GLOBAL, Inc. and at the same time to contribute to all the readers of this blog a very useful information with regards to health and wellness and financial freedom.